Today, the U.S. Department of Agriculture released the Prospective Plantings report, indicating that farmers will plant 88-million acres, 2.14 million fewer acres of corn, a 2 percent decrease from 2017. If realized, this will be the lowest total corn planted acreage in the United States since 2015.

“U.S. farmers continue to produce more bushels per acre as new technologies are brought to the marketplace,” said National Corn Growers Association President Kevin Skunes. “American corn supplies remain ample as we have a large carryover crop from 2017. U.S. farmers can react nimbly to market conditions and make decisions that make the most sense for their operation.” 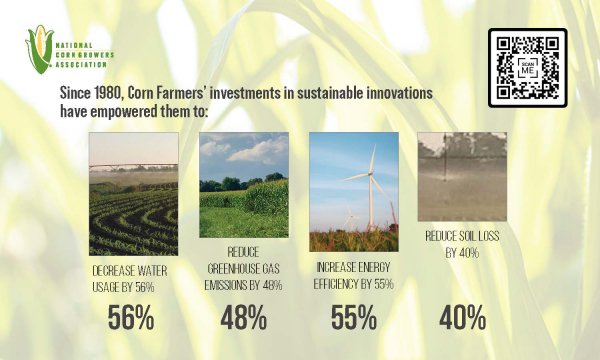 Ohio is expected to increase corn acreage from last year, with record high acreage in Nevada and Oregon. In 33 of the 48 corn producing states, planted acreage is expected to be down or unchanged. According to the report, compared to 2017, decreases of 300,000 acres or more are expected in Kansas, Minnesota and North Dakota.

NCGA is taking a series of actions to do our part to help contain the spread of the coronavirus (COVID-19) and the economic fallout it is creating for corn farmers and our customers. Short term, this means instituting policies to protect the health and safety of our stakeholders and the broader communities we serve. Long term, we’re focused on creating solutions to help corn farmers and our customers recover from the financial impacts of this crisis.