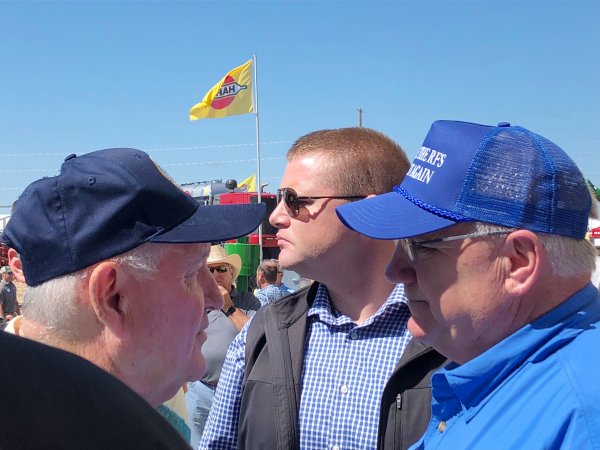 President Skunes participated in a pro-RFS rally and a Farmers for Free Trade news conference. After the RFS rally, Skunes had the opportunity to talk with Ag Secretary Sonny Perdue one-on-one.

“I wanted to let the Secretary know that farmers appreciate his support in Washington D.C. and thank him for carrying our message with the administration,” Skunes said. “However, I was very direct and let the Secretary know that there are steps that can be taken now to help farmers and the rural economy and that’s getting RVP (allowing year-round E15 ethanol sales) done now. I also voiced our displeasure with the one-cent per bushel for corn in the trade mitigation package is unacceptable.”

“I made it very clear the trade mitigation package is neither fair or equitable for corn and the relief is necessary because of the Administration’s trade policies,” said Skunes. “It will not provide farmers, who are struggling to meet bankers’ terms, with a bridge to next year’s crop; not even begin to address the serious damage done to corn markets. I want farmers to know NCGA is making every effort to work with the Trump Administration to provide constructive feedback on the impact of various policies on farmers and find immediate solutions.”

Corn ethanol is critical for a sustainable, clean energy future.

A Commitment to the Future