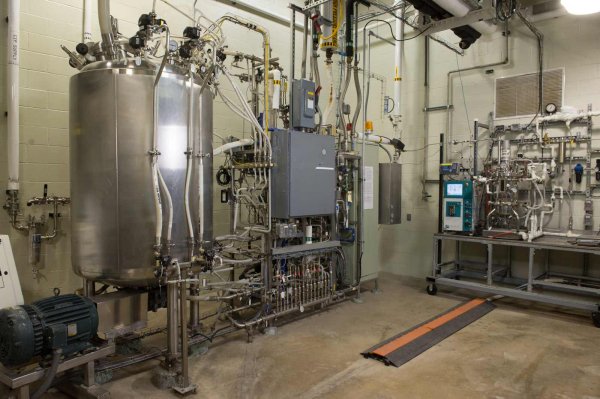 The National Corn-to-Ethanol Research Center (NCERC) is celebrating its 15-year anniversary this month, after opening its doors in 2003. The Illinois Corn Growers Association was instrumental in fostering its development.

The National Corn Growers Associations (NCGA) has worked closely with NCERC since its inception and continues partnering on various projects.  The NCGA and NCERC partnership has underscored the advantages to the corn and ethanol industries since the beginning.

NCERC Executive Director John Caupert said NCERC’s portfolio of services has expanded since opening their doors in the fall of 2003, but their mission has remained the same: creating opportunities for our nation’s farmers.

“The NCERC has directly contributed to the growth of the ethanol industry, helping grow ethanol production in the United States from 2.8 billion gallons annually to the nearly 16 billion gallons of production today,” said Caupert. “NCERC has assisted in advancements in fuel ethanol production, with more than 65 products and technologies that have passed through our doors now in the commercial marketplace. These products and technologies are being utilized in every commercial corn ethanol plant operating today, with a significant impact: more than 5,000 new jobs created and in excess of $5.6 billion of annual revenue.”

Caupert went on to say as industry, policy and technology have evolved, so has NCERC. “NCERC was an early leader in transforming corn into dozens of renewable compounds, including biofuels, biochemicals, biomaterials and bioproducts. While it has always been a central focus of the NCERC to assist America’s farmers, the NCERC, now, more than ever, is committed to assisting in finding new homes, for new bushels of corn, with new market opportunities.”

NCERC works on projects going beyond the corn ethanol space, by validating products like biomaterials, biochemicals and advanced biofuels.

“We have a great working relationship with NCERC and appreciate our partnership with the organization,” said NCGA Market Development Vice President Jim Bauman. “The research done by NCERC directly benefits corn farmers and the ethanol industry by improving practices and processes of plants and serving as advocates and experts in the industry.”

Congratulations to NCERC for reaching this milestone! To learn more about NCERC, click here.

NCGA is taking a series of actions to do our part to help contain the spread of the coronavirus (COVID-19) and the economic fallout it is creating for corn farmers and our customers. Short term, this means instituting policies to protect the health and safety of our stakeholders and the broader communities we serve. Long term, we’re focused on creating solutions to help corn farmers and our customers recover from the financial impacts of this crisis.