Bipartisan Members of Congress to U.S. International Trade Commission: This Is No Time for Tariffs on Fertilizers

Bipartisan Members of Congress to U.S. International Trade Commission: This Is No Time for Tariffs on Fertilizers

Nearly 90 members of Congress sent a letter recently to the U.S. International Trade Commission calling on it to reconsider the tariffs placed on phosphate fertilizer products imported from Morocco and suspend the current process to impose new duties on nitrate fertilizers from Trinidad and Tobago.

“We are deeply appreciative of these leaders for their efforts to protect farmers who have felt the crippling effects of high fertilizer prices and shortages,” said Iowa farmer and National Corn Growers Association President Chris Edgington. “Russia’s invasion of Ukraine will no doubt worsen these problems.” 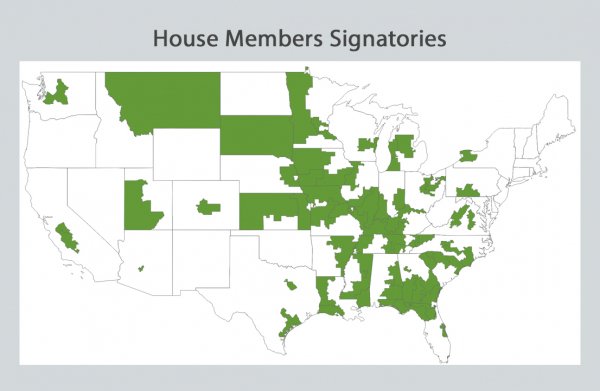 Alluding to Russia’s invasion of Ukraine and many of the supply-side issues plaguing the country, the letter noted that conditions surrounding on-farm expenses in the U.S. have dramatically changed since the ITC made its determinations and that tariffs are making a bad situation worse.

The letter said that eliminating the duties on fertilizer imports provides the most immediate opportunity for a near-term, partial remedy to the high costs of fertilizer facing U.S. farmers before the end of the 2022 planting season.