Be an Informed Voter! Meet the FY23 Corn Board Candidates

Be an Informed Voter! Meet the FY23 Corn Board Candidates

The National Corn Growers Association (NCGA) will elect farmer leaders to fill positions on the NCGA Corn Board during Corn Congress on Thursday, July 14, in Washington, DC.

The NCGA Corn Board represents the organization on all matters while directing both policy and supervising day-to-day operations.  Board members serve the organization in a variety of ways.  They represent the federation of state organizations, supervise the affairs and activities of NCGA in partnership with the chief executive officer and implement NCGA policy established by the Corn Congress. Members also act as spokespeople for the NCGA and enhance the organization’s public standing on all organizational and policy issues. 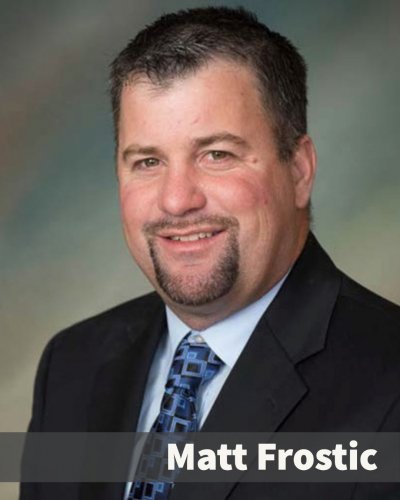 Frostic farms 1,000 acres of corn, soybeans, edible beans and sugar beets in east-central Michigan. On his farm, they also have approximately 550 head-finished beef cattle on feed.

Matthew has gained hands-on experience in public policy, PAC work and organizational excellence through his service. Using these skills and his dedication to responsiveness and willingness to hear all viewpoints, he seeks to make collective and comprehensive decisions led by the majority but mindful of minority viewpoints.

Matthew sees NCGA as not only the driver of all corn policy but a major influence on agriculture, energy, environmental and trade policy, with current and future success dictated by NCGA’s engagement in these areas. As a member of the Corn Board, he would prioritize work to develop new and sustain current policies to move the industry forward, fighting for the critical policy that supports ethanol use and grows markets, both foreign and domestic, for U.S. corn. 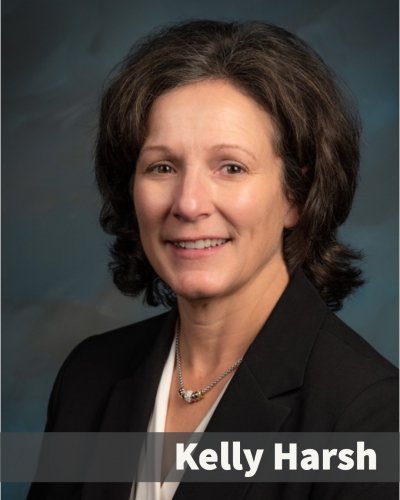 Kelly Harsh farms more than 2,000 acres of corn and soybeans in central Ohio with her husband. A strong proponent of maximizing yield through soil health, she strives to enhance yield potential and efficiency on each acre through the use of a variety of precision processes.

As a current member of the Corn Board, Harsh brings experience both as a grower leader and a financial professional to her service. She is a certified public accountant and a licensed crop insurance agent. A strong believer in the critical role associations like NCGA can play in an evolving national landscape; she represents the whole of membership in board discussions that draw upon expertise at all levels to create and implement policies and priorities critical to future success.

Harsh’s first priority for NCGA is to represent the federation of states and strengthen its voice on the Hill. To do so, she would work to grow membership and corn demand. At the same time, she would advocate documenting, prioritizing, and publicizing sustainability improvements in corn production to increase future opportunities and build a strong foundation for continued success for the next generation. 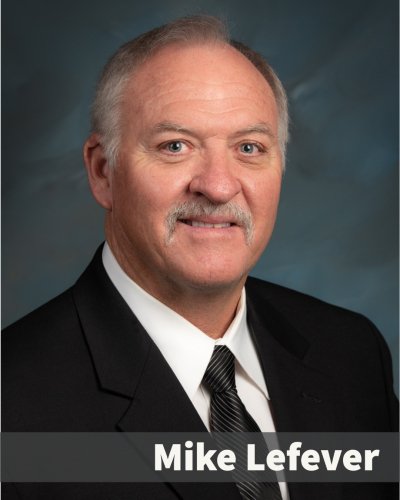 Lefever raises exclusively no-till dryland corn on his farm southwest of Haxtun, Colorado. In addition to working his own land, he also helps his neighbor plant and harvest an additional 2400 acres of corn. While he farms in multiple places, he consistently adopts precision technologies that allow him to grow more using less.

Lefever is running for reelection to continue the work he started during his first term. Eager to see through the work underway, he is neither embarrassed nor afraid to ask something when he doesn’t know.

As a member of the Corn Board, he will continue working to build policies to protect the inputs corn farmers need to be profitable, which will lead to sustainability. Additionally, he would continue prioritizing the importance of both land and water infrastructure for transportation as well as decreasing tariffs abroad on U.S. corn. 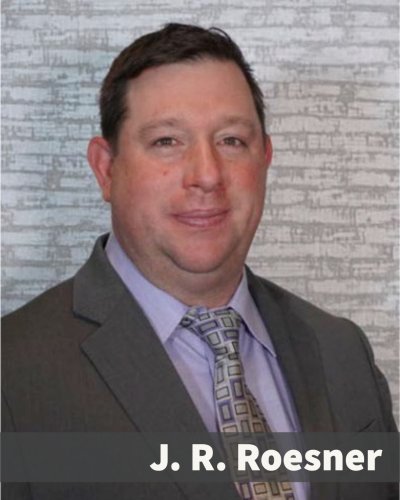 Roesner currently farms with his brother in six counties in southwest Indiana. Together, they raise corn, soybeans and wheat as well as operate an excavating and tile installation business. A unique voice with an unconventional educational background in mechanical engineering.

As a leader, J.R. aims to actively listen in a way that facilitates communications and creative thinking. At the same time, he places a high priority on the board’s fiduciary responsibilities. A strategic planner, he provides direction, monitoring staff and programs to ensure the goals of the organization are met. In addition, he would be a strong voice with our industry partners.

If elected, J.R. would prioritize protecting ethanol’s current markets while expanding new markets such as sustainable airline fuel. He also seeks to grow markets through the development of new uses, sustainability-related opportunities, and markets abroad while making sure that farmers have the freedom to operate and financial stability to build a future for their families. 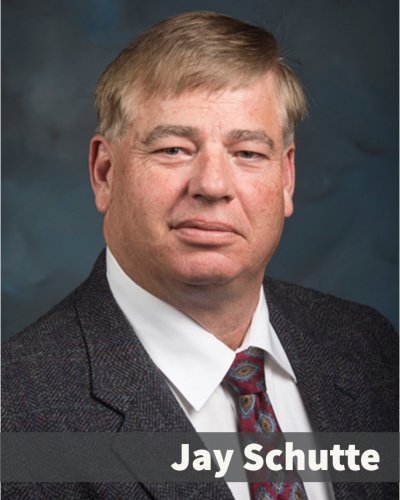 Schutte, along with his brothers, farms the operation his parents started in central Missouri in 1952. Today, they farm 2,800 acres split evenly in a corn and soybean rotation. They also background approximately 800 head of beef cattle, with the inventory turning 2.5 times per year.

A leader who deeply enjoys service, Jay is running for election to the Corn Board with a firm belief that he can contribute as a member with experience both on and off the farm in large and small businesses. This breadth of experience allows him to adapt to a variety of situations in a logical manner. A strong advocate for putting in the hours, doing the homework, and remaining on top of the ever-evolving array of issues facing agriculture, he actively engages in discussions that lead to decisions and move the needle.

Jay sees NCGA as the organizing body that communicates with the states for the purpose of developing a single, unified voice for corn farmers across the United States. While there are many voices to be heard, he sees the unity of NCGA’s voice as the most important goal of the organization.

As a member of the Corn Board, he will continue to work to build policies to protect the inputs of corn farmers. 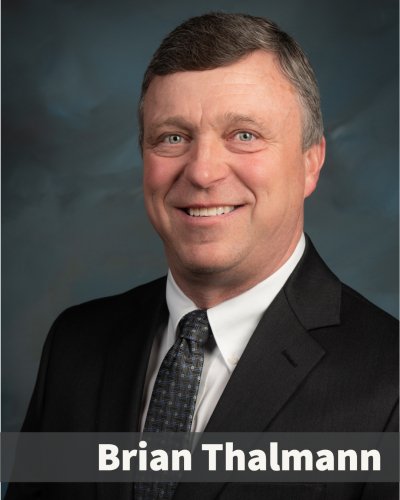 Thalmann farms 2,350 acres of corn and soybeans in south-central Minnesota. In addition to his traditional farming operation, he owns and operates a seed conditioning facility that cleans approximately 200,000 units of Stine soybeans every year.

Brian believes that the Corn Board is most effective when every member brings a different and unique perspective to the table. Discussing the many facets of the issue at hand will lead to Corn Board decisions that are the best options for NCGA and the industry. Brian values the positive impact agriculture had on him personally, as well as the many ways in which corn-based products touch the lives of so many people every day. Working with his fellow farmers and staff, he will bring this passion and perspective to the Corn Board.

If reelected, Brian will place a high priority on being fiscally sound and responsible in his actions while bringing NCGA to the forefront of new and expanded product opportunities. Brian also believes strongly in the importance of positioning the corn industry to take advantage of the political and consumer interest in going green as a foundation for many renewable, environmentally friendly biobased products. 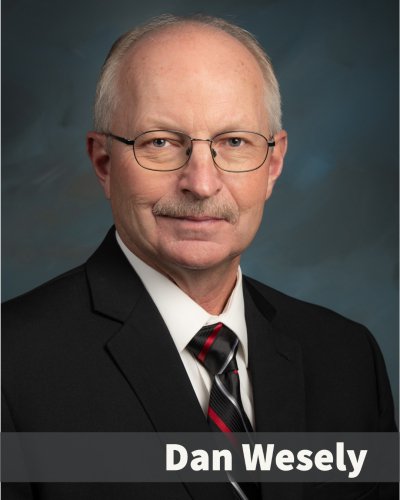 Wesely farms both corn and soybeans, working with his neighbor in eastern Nebraska. As neighbors, they found themselves in the same places with the declining health of their fathers. Thus, they found ways to work together and independently using modern technology.

Through his experiences on the Corn Board and prior, Dan brings the insight he gains into the needs of the American farmer to his work. This understanding drives him to run for reelection to the Corn Board, where he will continue working to positively impact the future of agriculture for all his fellow farmers. For Dan, this means being there for all corn producers, not only those from his home state, and keeping a calm, professional manner even in stressful situations.

Notably, Dan was awarded the prestigious Member of the Year award in the past year. This honor recognizes the dedication, collaborative leadership and ability to achieve results.

If reelected, Dan will work to protect existing and build new demand. He would accomplish this, and many other goals, by doing the hard work in a caring, positive manner.